This small cottage was originally built in 1939 and was only about 1000 square feet. The owners and architect wanted to preserve the look and charm of the home so the front façade did not change.

We constructed an addition on the back of the house continued the same slope of the roof on the front of the home. We added around 2300 heated square feet. From the street, the house looked exactly the same with a taller roof.

This home is a combination of traditional profiles mixed with modern design. All moldings and cabinets are classic styles, but are painted light colors for a bright clean feel. We used an open concept for entertainment spaces, but incorporated traditional features such as cased arch openings to give some separation to the large rooms. The owner mixed design styles perfectly with the finishes. We included traditional features such as butcher-block counter tops and a claw foot soaking tub. In those same spaces, we used a very modern Carrera marble for the master shower tile and surrounding countertops in the kitchen. 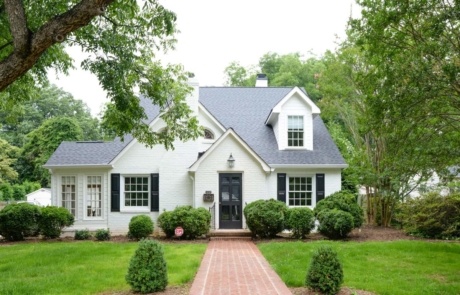 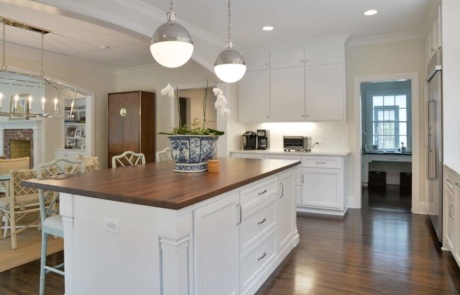 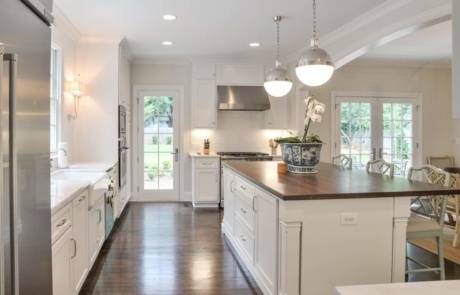 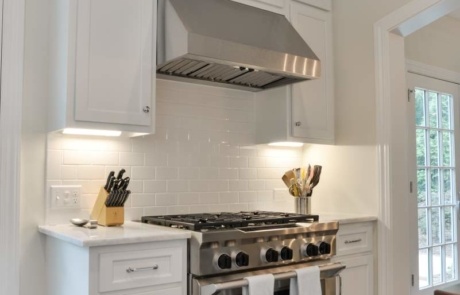 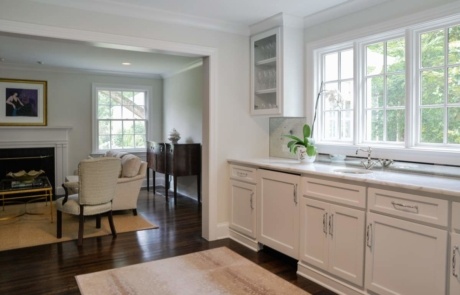 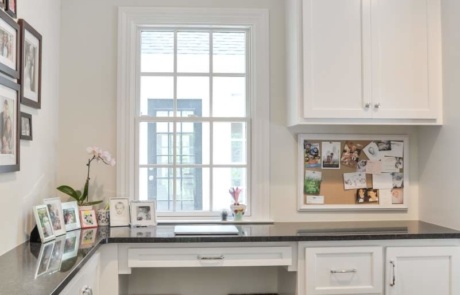 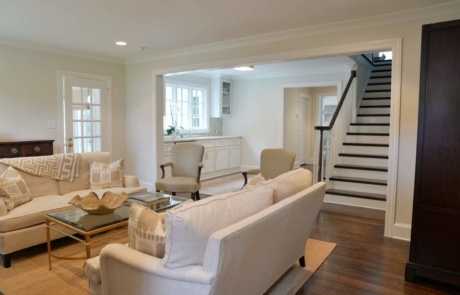 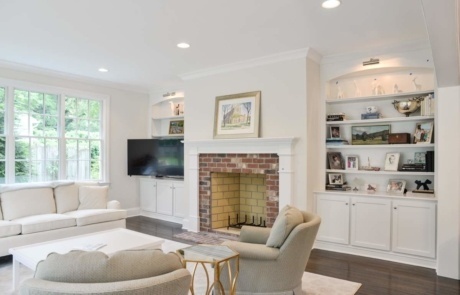 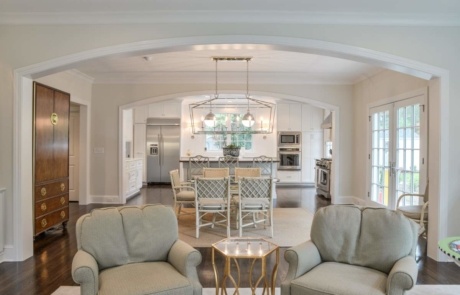 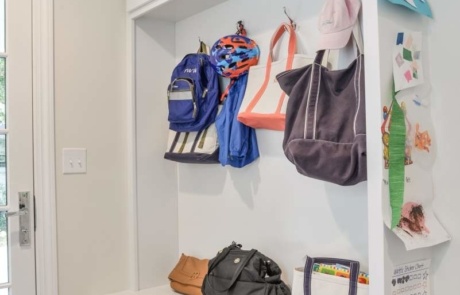 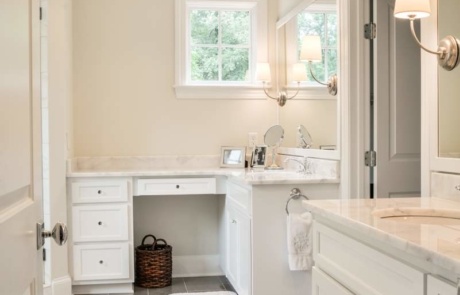 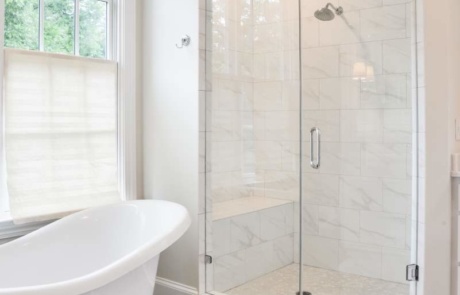 Get Your New Project Started